The Unicorn Tapestries have been a fascination for me since I was a teenager. The design and inspiration for this tapestry, though, began in graduate school. Lovingly called “the five-year project” that has just been completed for this entry in year seven, the layers of research, of storytelling, of technique studies and couture and culture are beyond the scope of this present entry. I have endeavored to capture the highlights, while my studio website offers a more expansive and ongoing look into the project’s full backstory as an “alternative narrative” piece.

In the tradition of the Flemish tapestry studios at the turn of the 16th Century, after a long apprenticeship, a weaver would have to create their own “masterwork” to present to the guild. If the piece was found to be of exceptional quality, the weaver would be allowed to join the exclusive guild and achieve “master of the craft” status. As my most detailed, most researched, most immersive tapestry project to date, this is my “masterwork.”

Rich in color and texture, sparkling with gilt thread to bring out my imagined view of the original tapestries when still new, “Deceiving the Hunters” is also studded with freshwater pearls and delicate beads—adding glint and three-dimensionality. Even each choice of yarn has a backstory and mini adventure associated with it! And the journey to see the original series that inspired this work? All these and more are chronicled on my studio website. www.erindaletapestrystudio.com I invite you to dig as deeply into the saga as you feel led. The story continues…because stories demand to be told.

Who Is She? The Lady and the Unicorn

There is a famous damsel from the high period of pictorial tapestry, who dances in the fine line between the end of the medieval period and the onset of the Renaissance in northwestern Europe. She is thin, tall, and fair, and she is not complete without her unicorn. In fact, the two make a unit–“The Lady and the Unicorn.” Two major tapestry sets include her from this era, both of which survived the ravages of time not unscathed.

One of the missing links that creates a sense of mystery that intrigues viewers and curators to this day is what their relationship means. Why are they pictured together, and what statement or stories would it have invoked in the peoples of the late 1480’s to 1510’s (the best guesses we have for the time of the textiles’ creation).

Unicorns, like dragons, have been part of human collective mythology far beyond the dawn of the written word. And the beauty of drilling into this story is discovering that the unicorn becomes knit into the very fabric of the story of human struggle, of balance with nature, and of the lure of purity. In the “Hunt of the Unicorn” tapestry series, this is juxtaposed with male aggression and deceit. Over half of the series involves armed men stalking and chasing the unicorn, but their hunting prowess is to no avail (not a typical message for art being commissioned by the aristocracy, who were very proud of their hunting abilities!).

This is because the unicorn cannot be captured by force–it must be beguiled by laying a trap for the wily beast. A trap with bait. And what would be the bait? A young maiden, pure and chaste.

And here engages the deep roots of the story, which weaves its way back to Nile valley, the Tibetan plains, the journeys of a Greek doctor, and later overlays with Christian symbolism.

The lady and the unicorn draws its roots in an early human struggle–that of domestication and the dawn of agriculture. The unicorn symbolizes nature and the spirit of the wild. Illusive, unattainable, full of magic unknown to human arts. The men symbolize the tribal hunter–seeking the chase to provide for the family by taking from the wild. But as populations grew, hunting and gathering was either not enough or not stable enough of a supply, and a new means of support appeared–agriculture. And agriculture, interestingly, was “invented” by women. They tamed the “beasts” who could be kept near and tended; they planted the first cereal crops; they paved the way for the stabilization of their food system and the potential for growth beyond the tribe into civilizations.

Instead of being taken by force, plants and animals were lured by coercion into a new reality that brought stability for them too (protection from predators or a real advantage over competing plants). Only the peaceful maiden of domestication can lure the wild from its hiding place and tame its wayward temperament. And so it is with the most elusive animal of all–the unicorn.

So who is she? She is that call to our better nature–the temperate, the kind, the nurturing. She is unarmed, vulnerable (in some cases even naked), but she is not afraid. And in this tapestry, she is given a chance to pave a new tale…if we let her.

You know the story of the Three Little Pigs, yes? They each have their little roles to play, along with the “big bad wolf.” Now imagine that one day, someone is telling you the story, but the wolf is a completely different character. He’s been evicted from his home because the oncoming urban sprawl of the city of pigs condemned his lands and forced him off his family farm. This new bit of backstory might completely change your opinion of the aggressive behaviors of the wolf and the silly antics of the pigs. With this in mind, you wonder, maybe the wolf has a point. Maybe he has a legitimate reason for wanting to eat the pigs and this is more than a child’s creative lecture on building sturdy houses.

Just so, the stories told over and over in what are now known as “fairy tales” can sometimes be used to share cultural wisdoms while at other times are used in a subliminal way to mold social behavior. Stories are the human method for understanding life–both personally, historically, culturally, and spiritually. We literally “story ourselves” and our world into a place where we feel that we can understand it, can relay it, and it becomes ours. But our stories can also limit or harm us, and that is where the skill of alternative narrative can be most compelling.

Now imagine, as a contemporary (and feminist) storyteller, you encounter a narrative where some noble men want a unicorn horn to magically rid their drink of poison (“The Hunt of the Unicorn” tapestry series, housed at the Cloister’s Museum). They’re hungry for a hunt, so they set out with their best hounds and scouts to find this illusive beast. They discover the unicorn performing one of its many miracles–purifying the river water with its horn. The tranquil scene is soon broken by the baying of hounds and the sounding of horns, and they’re off on the chase. The unicorn flees, fording a river, but the men and dogs are quickly upon it. Infuriated and injured, the unicorn fights back, kicking and goring with the power of a wild ass. A hound loses its life and the men lose their pray into the thickets of the forest.

What to do? They cannot return home empty handed. They must claim their prize and show off their manhood! But force isn’t working, so it’s time to use guile. Everyone knows from the stories that unicorns cannot resist the charms and pleasant smell of a maiden, so the young damsels of the castle are summoned to the garden to work their charms, while the hunters wait in the bushes for the “all-clear.” The scene plays out just as expected, and the hunters pounce on their opportunity, slaying the now passive unicorn and parading its corpse on the back of a horse towards the castle and its crowd of proud onlookers. Now wasn’t that a splendid day for a hunt indeed.

But none of those damsels are partaking in the celebration, their absence like a strange gap in the dance. Did they remain in the rose garden? How did they feel after taming the beast that had just been so violent and deadly, only to have it carried off and killed? Who asked them to share their side of the story? What would you have done if you had been there?

Because the maidens are not present at the homecoming celebrations, they are simply being used by the men to accomplish their goal. The capture of the unicorn is merely the means of procuring the magical horn. I have yet to see “haunch of unicorn” appearing on the menu of even the most fanciful medieval fairy tale, which means it likely wasn’t intended to be eaten. So both maiden and mystical animal are tools for an end–procurement of the coveted horn.

Now imagine that the lady and the unicorn, seeing in each other the oppressed, decide to change the story–right where the fragment panel of the original adds its mystery of the unknown. What if, instead of telling the hunters it is time to come in for the kill, the lady leads the unicorn to a place of hiding and safety, thereby “Deceiving the Hunters” (as the title of my alternative narrative tapestry piece relays).

Ah, but you have seen her! You were in the garden too! She raises her finger to her lips. Will you participate in this new plot? Will you keep the secret of their escape? Will you turn her in and claim the horn as your own? Now that you know the story and how it usually plays out, you too are part of that story. And there enters the power, the playfulness, and your involvement in the alternative narrative woven into “Deceiving the Hunters.” 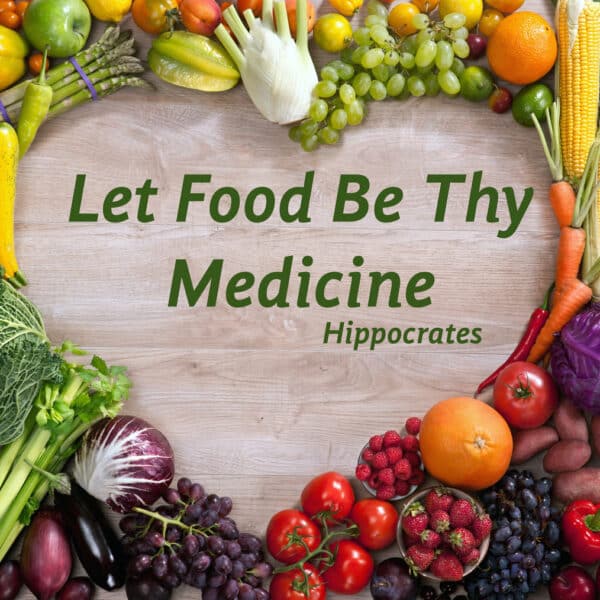 Products and offerings reserved for Member Families. Listings are updated... 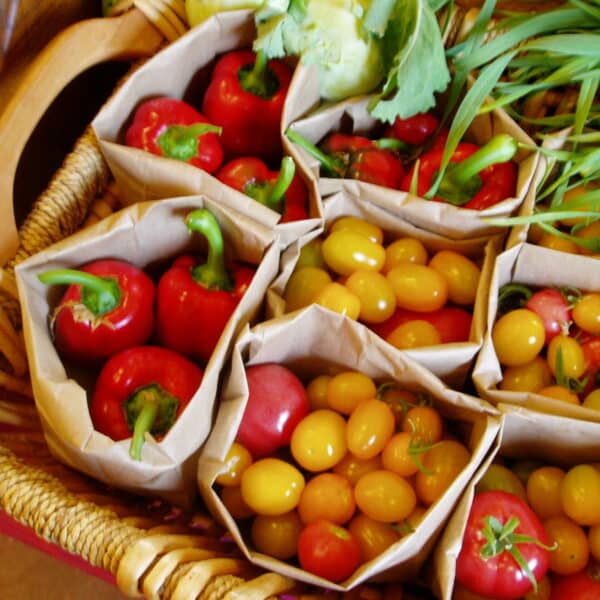 Low-inventory items that we want our members to enjoy, so... 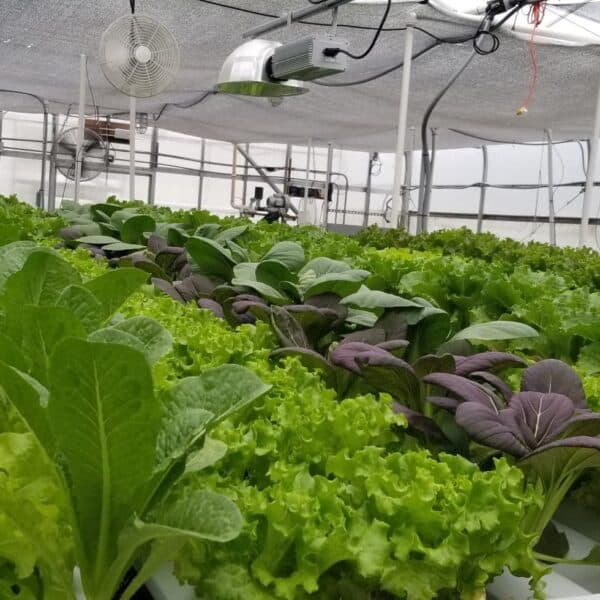 Enjoy the best of fresh and local, all year! Veggies... 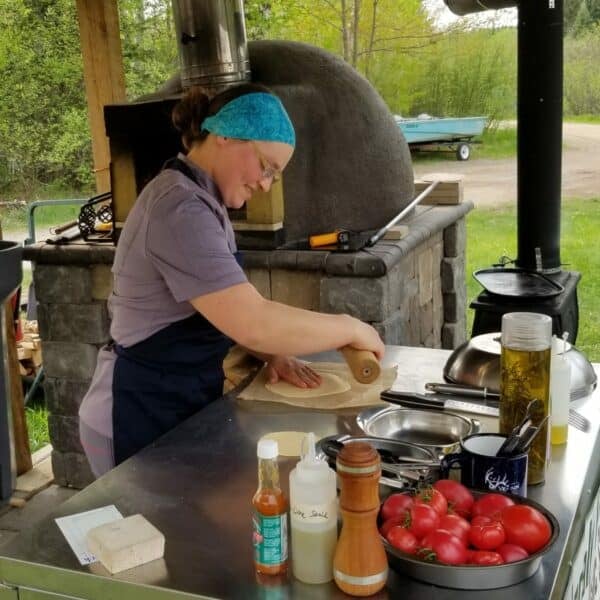 Your place to pre-order deliciousness to bring the Farmstead Experience... 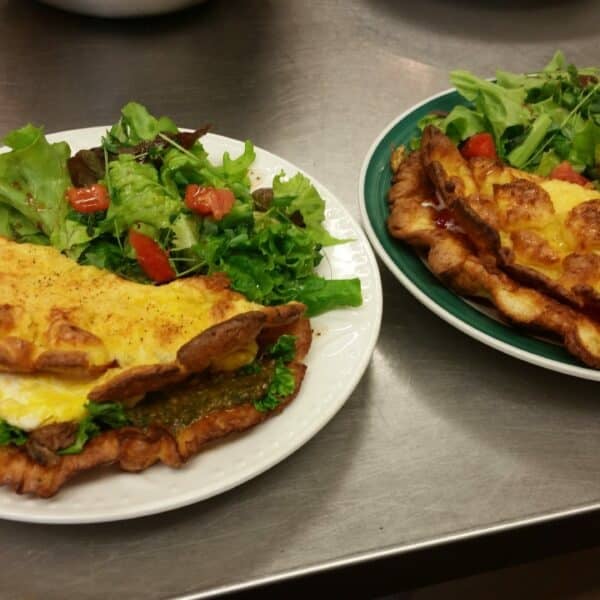 Order breakfast to enjoy at your cabin! Bring Farmstead home... 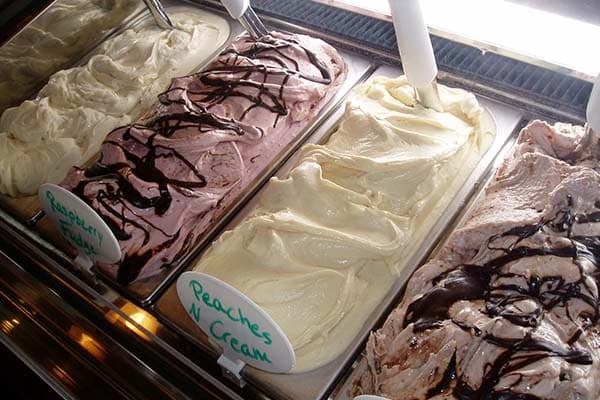 Add a touch of sweet delight to your meal! Kara's... 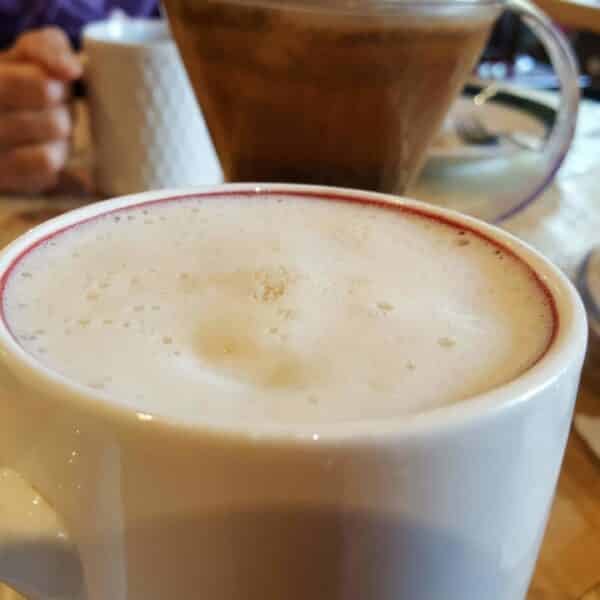 Need a refreshment to add to your meal to-go or... 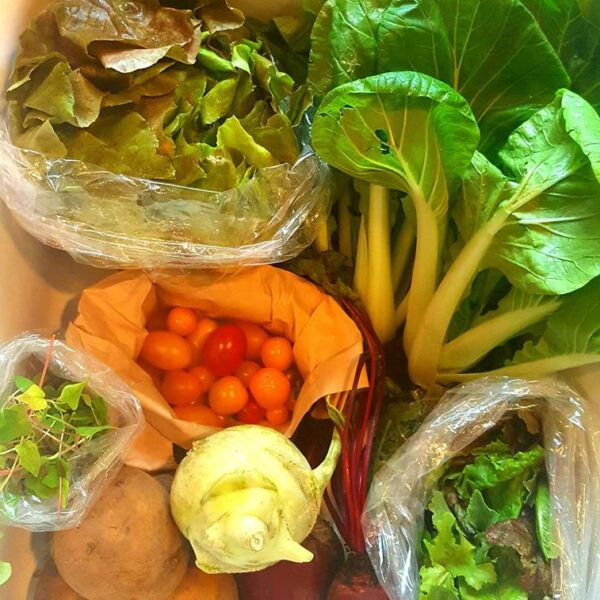 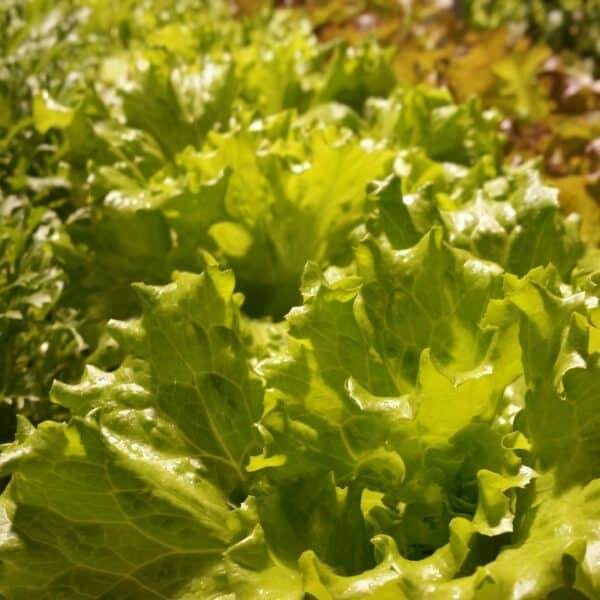 Greens, produce, and fresh herbs from our aquaponics greenhouse and... 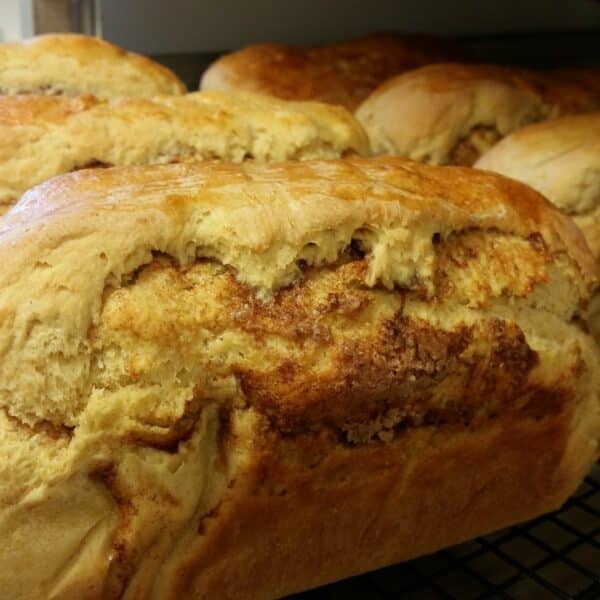 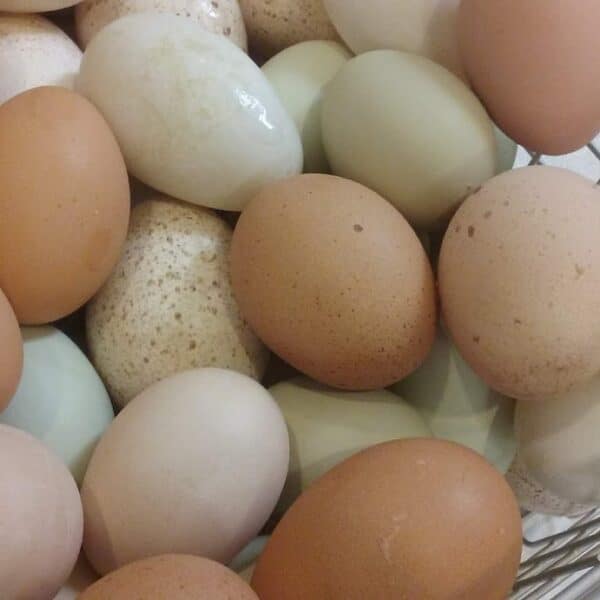 From our beloved birds on the farm--happy chickens, ducks, and... 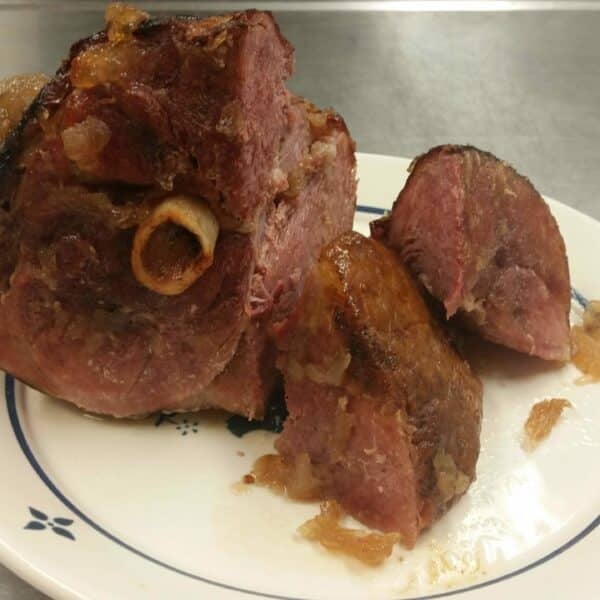 Lamb, pork, beef, and fish--lovingly raised on our farm or... 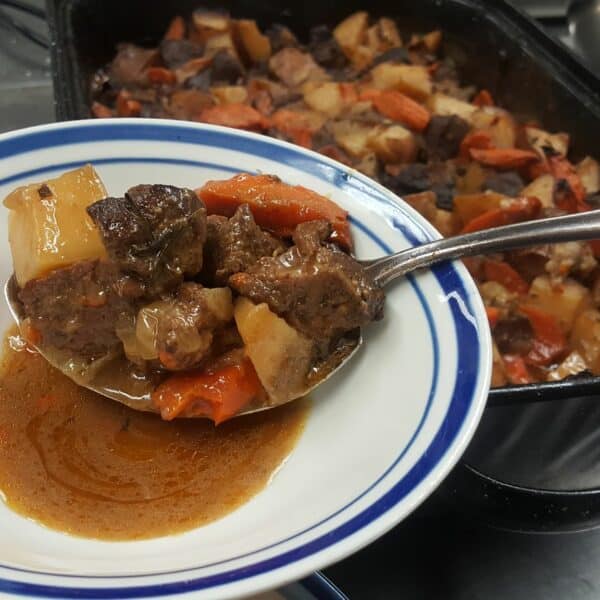 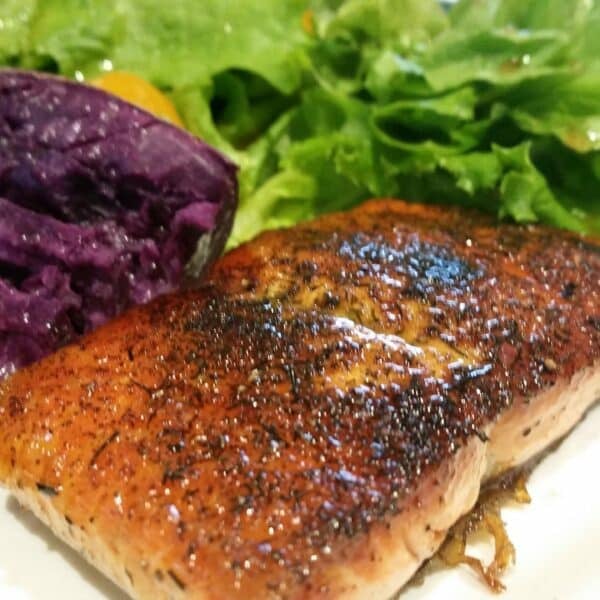 Salmon from Alaska, Whitefish and Lake Trout from Lake Superior,... 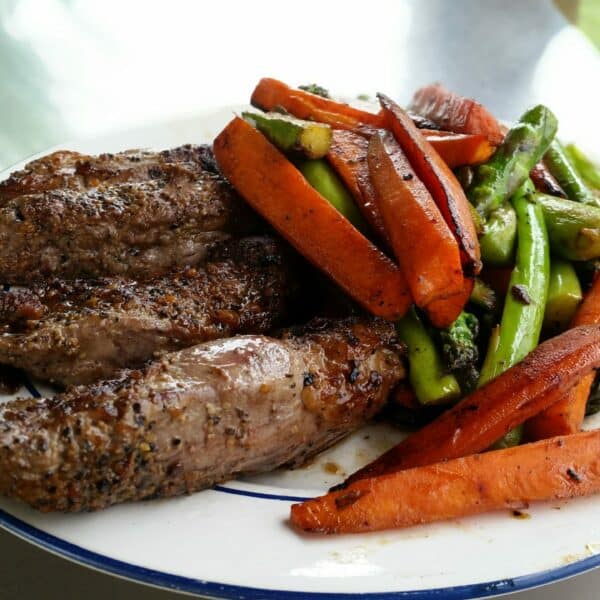 Grazed on pasture, we love our lambs and sheep. Connoisseurs...

Our heritage Kunekune pigs feature a softer meat grain and... 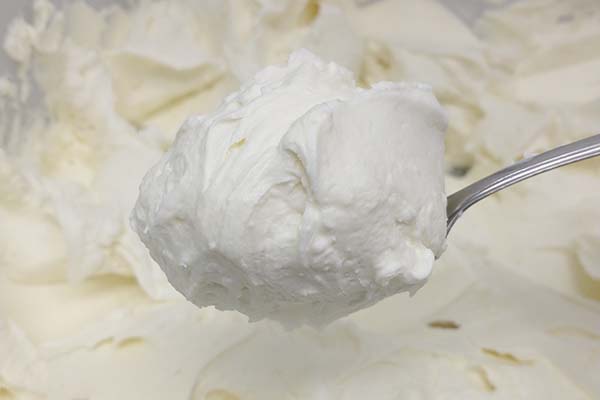 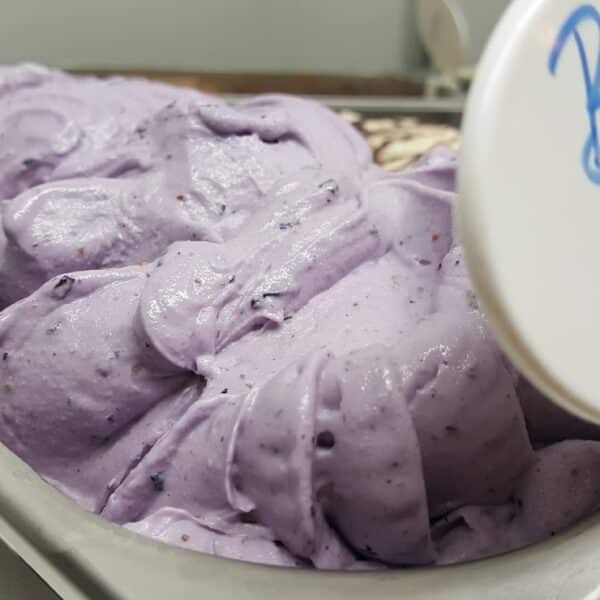 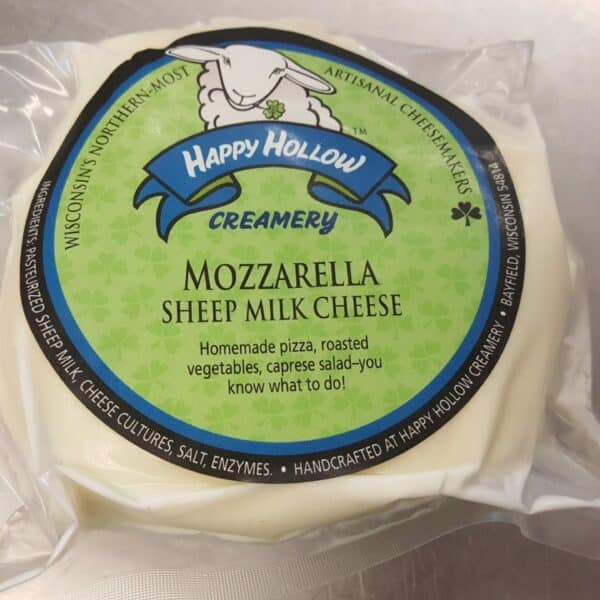 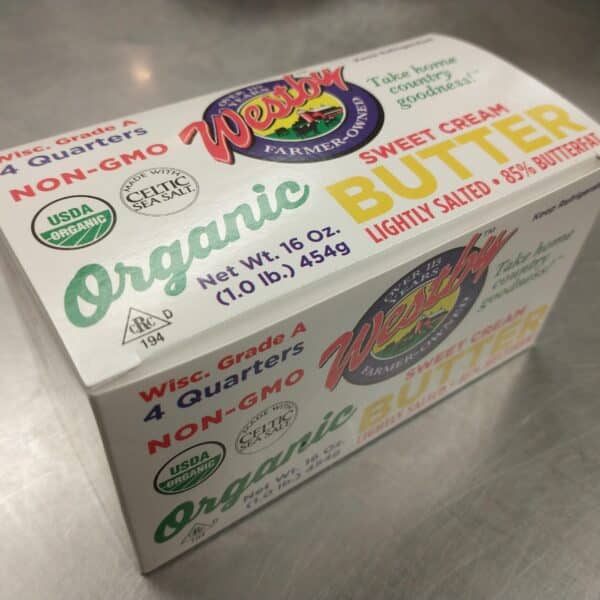 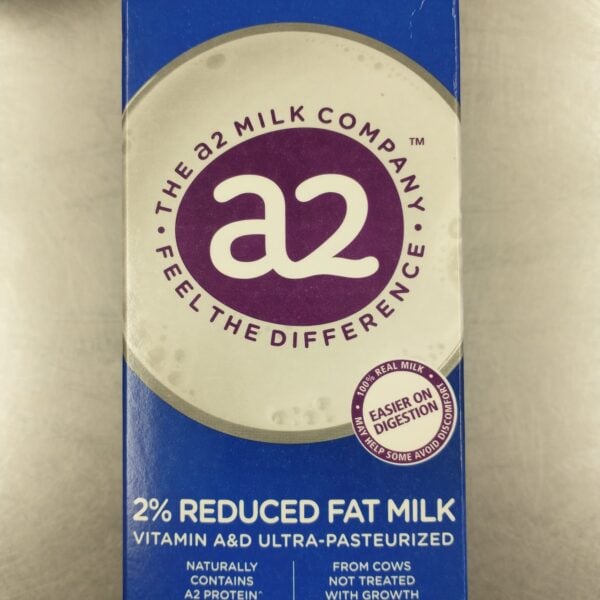 Milk and Other Dairy 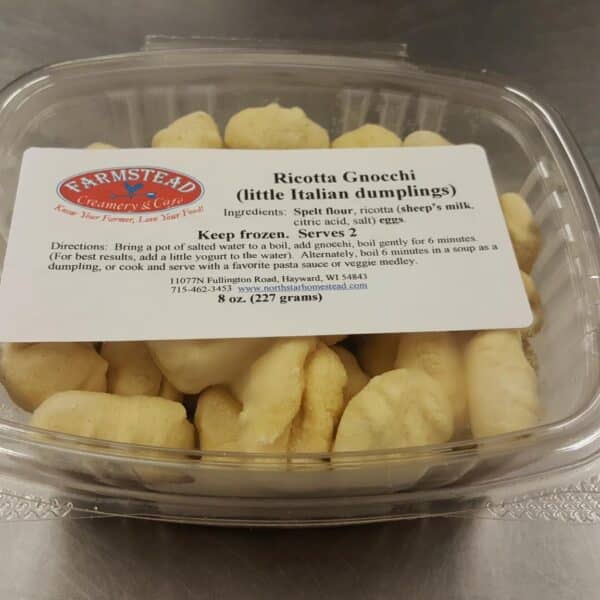 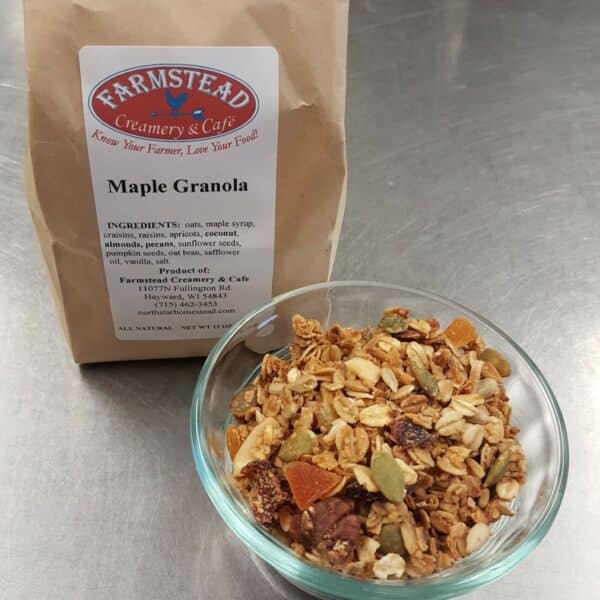 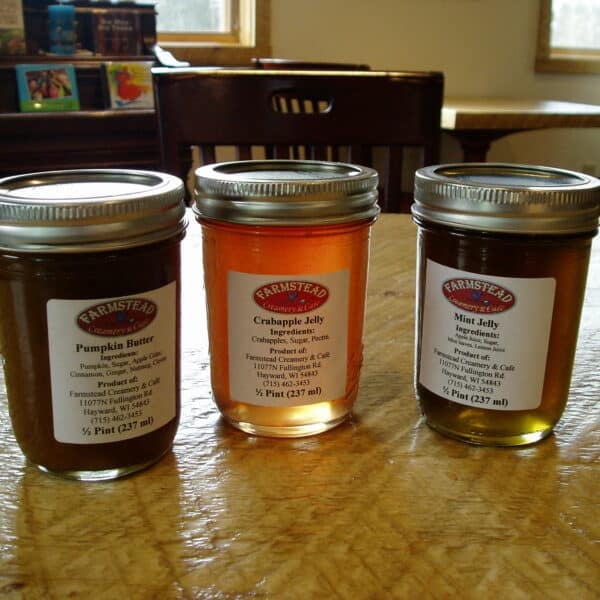 All your favorite Farmstead jams, jellies, and preserves, made right... 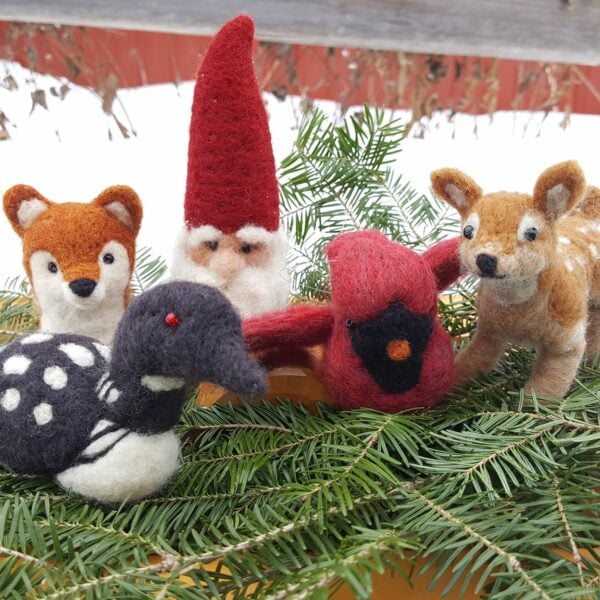 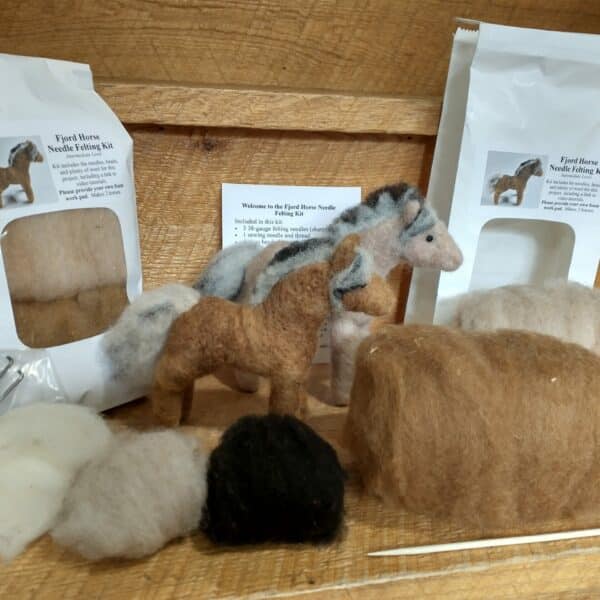 Looking for the perfect gift for the creative type? These... 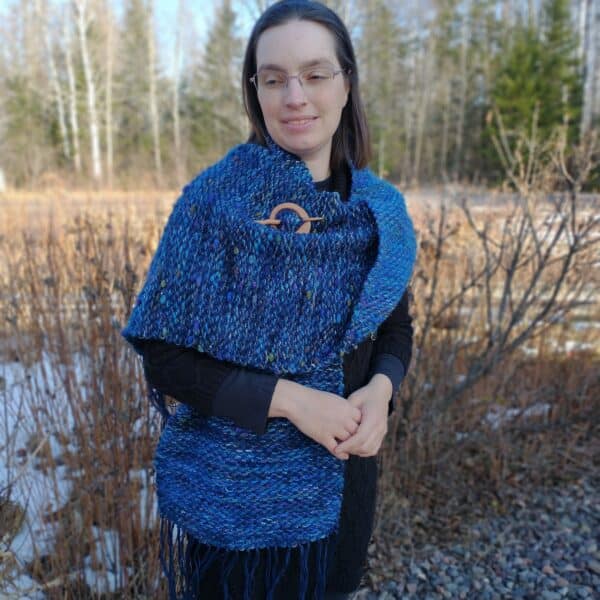 Beautifully handcrafted and designed art and wearables from Laura's studio Beautifully created and unique wearables and gifts made by Ann... 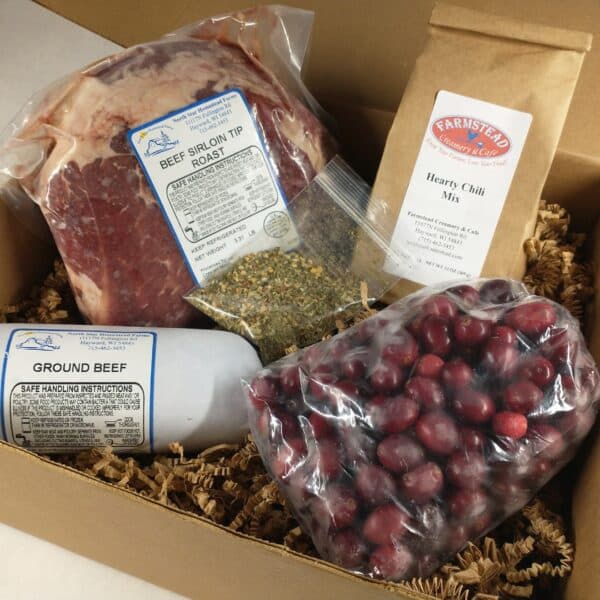 Specially curated offerings from Farmstead that are great for housewarming... 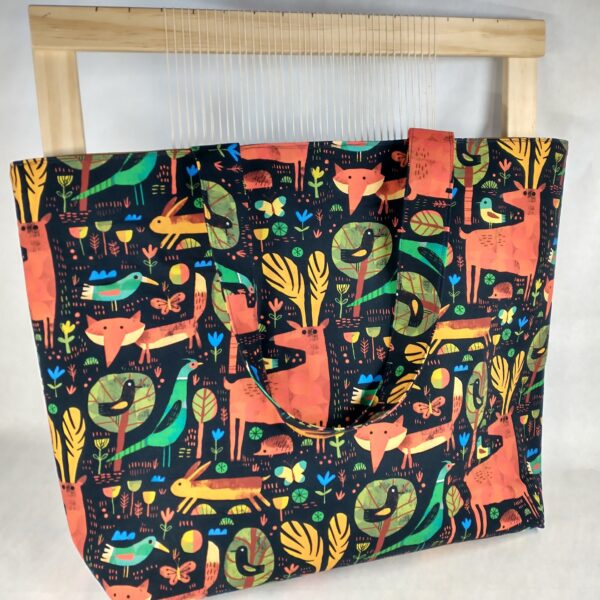 Hand made by Julie Vanbeek, these are the perfect gift...