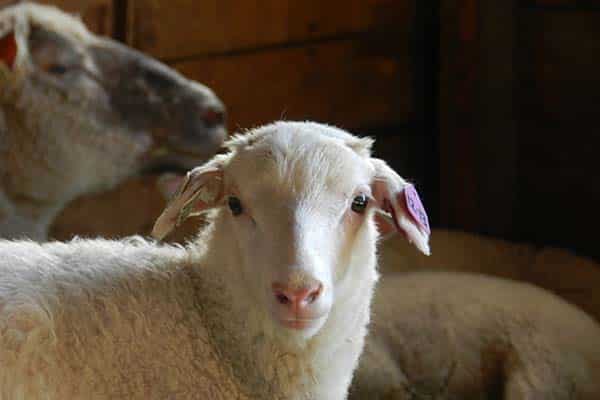 Is there a health difference between consuming A1 beta-casein and A2 beta-casein dairy products?

The category of proteins called casein accounts for 80% of all the protein in cow milk, whey proteins comprising the other 20%.  Beta-casein makes up slightly less than half of the total casein present, with the two most common forms being A1 and A2 beta-casein. Before cows were domesticated, milk only contained the A2 variety.  Then, approximately 8-10,000 years ago, a mutation in the cattle that became the Holstein breed accounted for the presence of A1 beta-casein in milk. In the United States, A1 beta-casein is the most common type found.

Milk from older breeds of cows as well as goats, sheep, donkeys, yaks, camels, buffalo, and humans contain only A2 beta-casein.  The difference between A1 and A2  is in one amino acid of the protein chain.  Amino acid #67 is proline in the native form while the mutated version has histidine in its place.  This is a small change that results in a big difference.

When A1 milk is digested in the gastrointestinal tract, the string of amino acids cleaves at the histidine molecule and releases a seven amino acid chain called beta-casomorphin-7 (BCM-7).  This is an opioid peptide that activates the opioid receptors in the GI tract causing symptoms of allergy or intolerance such as stomach pain, bloating, gas, and diarrhea. Interestingly, these are the same symptoms attributed to lactose intolerance.  Research over the last 20 years has led to the speculation that A1 beta-casein may be a major culprit for milk allergy and intolerance and has created doubt about the assumption that lactase deficiency (the cause of lactose intolerance) is the only reason for milk allergy and intolerance.

Lactose is a sugar found in milk.  Our bodies produce lactase, an enzyme that breaks down this sugar into glucose and galactose, constituents that we can assimilate as energy.  As we age, we produce less of this enzyme with some people losing the ability to fully digest lactose.  70% of people world-wide no longer produce enough lactase, especially those of non-European descent.  As a dairy product passes through our GI tract, the undigested lactose is fermented in the colon by the normal bacterial present there.  The results are short-chain fatty acids, gas (methane and carbon dioxide), and water.  These compounds are responsible for the characteristic symptoms of lactose intolerance.

So how can one know whether these symptoms are from lactase deficiency or activation of opioid receptors in the gut from BCM-7?  The hydrogen breath test can be performed by consuming 1.8 ounces of lactose (1 cup cow milk = 0.4-0.5 ounces of lactose) then test for an increased amount of hydrogen gas in the breath.  Hydrogen is released during the fermentation process of lactose by bacteria in the colon.  For those that are indeed lactose intolerant (i.e., an elevated hydrogen breath test), it is usually suggested to avoid or restrict high-lactose foods like milk, cream, and ice cream.  However, cultured milk products like cheese and yogurt can often be tolerated because the lactose has been converted to lactic acid during the cheese-making process. Therefore, individuals who do manifest the GI symptoms to cheese and yogurt many be reacting to BCM-7 from the A1 milk.  This understanding is significant for people of European and especially Northern European descent because of this group’s lower incidence of lactase deficiency.

It is important to note that more research is needed to understand BCM-7’s role in diseases and the concern that it could affect numerous opioid receptors in the nervous, endocrine and immune systems. For example, recent studies looking at the relationship between cheese (which has a higher concentration of casein than milk) and opioid receptors in the brain determined that the relationship is like the properties of addictive drugs. It is the A1 beta-casein, which, through the digestive process, releases beta-casomorphin-7 that crosses the blood-brain barrier to activate the opioid receptors that trigger dopamine release in the brain.  This potent neurotransmitter leads to feelings of pleasure and reward and the desire for more.  Also, other studies are suggesting possible links between A1 milk and type 1 diabetes, heart disease, SIDS, autism, and schizophrenia.

The large-scale industrial dairy industry in the United States utilizes Holstein cattle producing predominately A1 milk and dairy products.  An alternative is to source milk and dairy from farms that have invested in cows which do not possess the A1 mutation. This is documented as A2/A2 genetics or A2 milk. Other sources of A2 dairy products are those made from pure goat or sheep milk since these species only make A2 milk.

Wisely choosing which products to consume can make a huge difference in your health.  Changing from dairy products made from standard, industrial-agriculture, A1 beta-casein cow milk to sustainable, small-scale, A2 beta-casein cow, goat, or sheep milk may prove to be a very healthy decision.

From all of us at North Star Homestead Farms working toward our vision of a healthy planet and all its inhabitants, we are committing to completely transitioning Farmstead to only A2 dairy products either crafted in our creamery right here on the farm from A2 milk from our flock of sheep or intently sourcing products from other quality, sustainable A2 dairies.  We hope you find this information beneficial to improving your Health Span.

Join us as we move forward in health!